An Interview with Gillian Philip 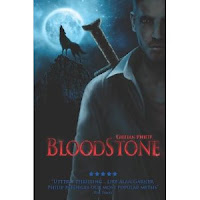 I'm very excited to have the lovely and multi-talented YA author Gillian Philip here today. I asked her some questions about her varied writing career.

Tell us about your most recent books, ‘Bloodstone’ and ‘The Opposite Of Amber’.

BLOODSTONE is the sequel to FIREBRAND, which came out last year, and it’s the second in a series of four. The books are about the Scottish Sithe or faeries; I wanted to write about a hidden world that was close to ours, but perilously so – and in danger of vanishing. The heroes are forced to rebel against the faery queen, who wants to destroy the protecting Veil between the worlds for her own ends. I wondered who would be most threatened by that – the Sithe people, or us. The story was a long time in development. In fact Bloodstone was originally book 1, but I had to go back and write Firebrand before I really understood what was going on!

THE OPPOSITE OF AMBER is very different – it’s a contemporary story about two sisters who live in a bleak Scottish seaside town, and who begin to grow apart because of circumstances that spiral out of control. Jinn falls in love with the worst man possible, and Ruby, who has always depended on her older sister, has to learn to rely on herself even as she tries to save Jinn. And all the time, a serial killer is stalking the town, and coming closer to home.

What first attracted you to the idea of writing for the YA market?

Simply looking at the YA books that were available. My kids were born in 2001 and for the first time in a long time, I found myself in the children’s department of bookstores. And while I was looking for books in the younger sections, I couldn’t help being drawn by the YA shelves – they were so full of fantastic stories, fascinating characters and wonderful authors. I bought loads – on the pretext that I was building a library for my children when they were older. But as soon as I started to read them, I knew this was what I wanted to write myself.

Your writing is in more than one genre, was that down to a deliberate decision to explore different types of writing?

It was more of an accident! I’d always wanted to write a Scottish-based fantasy with a contemporary slant – and a very rough first draft did eventually turn into Bloodstone – but it took rather a lot of years to get it right. In the meantime I wrote a sequel to Bloodstone, but because those two were not in saleable condition, I had to branch out. I immediately turned to crime (fictional...) because I love reading it, and wrote Bad Faith and Crossing The Line, both of which were taken on by publishers.

I also took on work for Hothouse Fiction, writing teen horror, and for Evans Brothers, writing basically anything in any genre! So I just got used to switching genre, and I still enjoy a change from time to time. It’s one of the thing I love about writing YA – you’re not straitjacketed so much into a particular type of book.

You’ve also published books under the name Gabriella Poole. How did this come about, and are those books very different?

Very different from my own books, yes. The Gabriella Poole books were the ones I wrote for Hothouse Fiction – the Darke Academy series, which are about an elite boarding school that travels the world (essentially because students keep being killed in mysterious circumstances). They’ve been great fun to write – the editors at Hothouse came up with the concept and the characters, and I write the whole story from an outline, which is the only time I follow a plot plan. With my own stories I tend to fly by the seat of my pants – I don’t plot in advance – so it’s fun to write this way for a change, and it’s good exercise for the writing muscles. ‘Gabriella Poole’ belongs to Hothouse rather than to me, which gives both them and me some flexibility – another writer could ‘become’ Gabriella if necessary.

Usually I’m not sitting down – I’m probably out for a walk. I find, like a lot of writers, that walking is a great way of shaking loose an idea in your head. So I walk for miles, listen to music (I like to have a soundtrack for each book), location-scout... and my other main source of inspiration is news or magazine articles. I don’t fictionalise real-life situations but I do imagine real and terrible things happening in different ways to my characters.

I’m writing a short story for an anthology a friend is editing, and simultaneously I’m working on an e-novella, a prequel to Firebrand – it’s about Griogair and Lilith – which I hope to publish online at the same time as the Firebrand and Bloodstone ebooks come out.

After that, well... I have a draft that needs rewriting of a book called Sealskin, and I have another idea for a thriller simmering away in my head.

Just to persevere, and to take good advice. Keep writing and rewriting, but listen to readers (who aren’t related to you) – join a good writing group that provides honest critiques, or pay for editorial services if necessary. It’s never going to be right first time (or even the fifth time) but so long as you get something onto the page, you’ll have something to work with.

On your website you mention that you are ‘taking dictation from people who don’t exist’. It sounds as though your characters are very real to you despite not existing, how helpful is that when you’re writing?

It’s enormously helpful. When they turn real, they do all the work, which is nice. Of course, if they take a while to become real, it’s a lot more like hard work. And if they refuse altogether – well, I don’t have a book. I have to start again with someone more cooperative.

Thanks so much to Gillian for popping over today to share those thoughts with us.

You can read my review of 'The Opposite Of Amber' on Bookersatz now.

You can buy Gillian's books here.
Posted by HelenMWalters at 12:05 5 comments:

When I heard that Talli was launching her new novel 'Watching Willow Watts' by asking people to answer the question ‘If I Could Be Anyone, I’d Be…’ , I didn't have to think for long about my answer.

In a way I didn't choose this person, fate kind of chose her for me ...

Back in 1996 when I got married and changed my name to Helen Hunt I didn’t realise that I was taking on a very significant life partner – my new namesake, the Hollywood actress Helen Hunt. Yes, that's right, 'the other Helen Hunt'.

By 1998 the other Helen Hunt was riding high with an academy award for her role alongside Jack Nicholson in ‘As Good As It Gets’ and every time I introduced myself to someone on the phone I was asked if I was ‘that’ Helen Hunt.

From a live radio interview for work when the presenter decided it would be funny to interview me as if I was really the other Helen Hunt and ask me what it was like to snog Mel Gibson, to my most recent experience of receiving a letter asking for a signed photo (from someone I fear was about to be VERY disappointed) ‘the other Helen Hunt’ has been a constant presence in my life.

So would I actually want to be her? Well, I wouldn't mind some of her success! But on balance I'd rather be a writer than an actress, so I think I'll stick with what I've got for the moment!

For Willow Watts, life has settled into a predictably dull routine: days behind the counter at her father's antique shop and nights watching TV, as the pension-aged residents of Britain's Ugliest Village bed down for yet another early night. But everything changes when a YouTube video of Willow's epically embarrassing Marilyn Monroe impersonation gets millions of hits after a viewer spots Marilyn's ghostly image in a frame.

Instantly, Willow's town is overrun with fans flocking to see the 'new Marilyn'. Egged on by the villagers -- whose shops and businesses are cashing in -- Willow embraces her new identity, dying her hair platinum and ramming herself full of cakes to achieve Marilyn's legendary curves.

But when a former flame returns seeking the old Willow, Willow must decide: can she risk her stardom and her village's newfound fortune on love, or is being Marilyn her ticket to happiness?

Writing Magazine, and some courses for you!

I'm in Writing Magazine again this month talking about creating good characters for short stories. If you haven't already looked at their great website, you can do so here.

You can read my thoughts on the 'Sandwich Generation' at the newly-launched Savista Magazine here.

If you've ever thought about writing a Pocket Novel for My Weekly or People's Friend, you can now learn from the Queen of the Pocket Novels, Sally Quilford. Sally is offering a workshop on writing Pocket Novels and you can find more details here.

Finally, I still have a small number of places left on my short story workshop on 17th September. Full details are here. Please contact me if you'd like to come.

Posted by HelenMWalters at 11:54 4 comments: