Leopard At The Door by Jennifer McVeigh 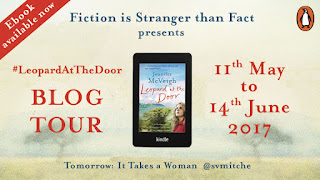 Leopard At The Door

When Rachel returns to Kenya after six years back in England following the death of her mother, she isn't sure what to expect. While she's been in England at boarding school and under the care of her grandparents, she has longed to be back with her father and back in the country she loves and that feels like home.

But when she arrives, things have changed. Her reunion with her father isn't as she'd hoped and she discovers that he has moved another woman, along with her son, into the family home. It's the early 1950s and the political scene has changed as well, so the story unfolds against a backdrop of the Mau Mau uprising.

Things aren't just uncomfortable for Rachel in her new situation, they are actively dangerous as she realizes that she no longer has any idea who she can trust.

The historical details of this story are convincing and give a very authentic feel of the experience of the moral conundrum of being at the centre of colonial unrest. And there are some interesting flashbacks to things that happened when Rachel was previously in Kenya as a child and that, to her adult self, begin to fill in the gaps in her knowledge of what is going on.

Jennifer McVeigh skillfully builds up a sense of menace, of claustrophobic fear and encroaching violence, which rises to a crescendo as everything that Rachel holds dear is threatened. Along the way the themes of betrayal, sexual tension and identity are explored.

I found this an entrancing, sometimes uncomfortable, and complex read and would highly recommend it to anyone who likes a completely absorbing novel with an unusual setting and great characters. Rachel's story is thought provoking, emotional and will stay with you long after you have finished the book.

All in all, a very accomplished and enjoyable read.

You can find out more here. And buy the book here. 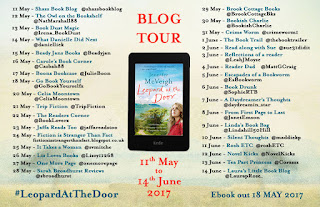 Posted by HelenMWalters at 23:18 No comments: