The Drowning Of Arthur Braxton 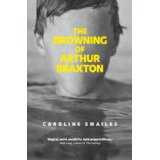 The Drowning of Arthur Braxton

I had a sneak preview of this book a few weeks ago (thank you, Caroline!) and I totally loved it. It’s taken me a while to get round to doing a review – mainly because I was worried about not doing it justice. Because this is a fabulous book, and just like Caroline’s previous novels it has a spirit and an essence that are both unique and beautiful.

Inextricably combined in this story are a wonderful sense of place, and some amazing characters. It really is like entering into another a world, a world that won’t let you go until it has finished telling you what it wants you to know.

To cover place first, the setting is inspired by the Victoria Baths in Manchester, but Caroline has moved them to North Wales! The swimming bath setting adds to the novel on a number of levels. Firstly it provides the water (real or unreal) that drives a lot of the narrative and is symbolic of transformation, redemption and healing, but the building also holds the characters in a kind of cocoon making incursions from the outside world seem more significant. (You can read a note from Caroline about the real Victoria Baths right at the end of the book.)

I also love the little snippets of ‘real life’ news and weather forecasts that intersperse the chapters, like this:

‘Flintshire, Wrexham, Denbighshire, the Wirral and Greater Manchester are also subject to heavy rain warnings. With this level of rainfall continuing throughout today and condi­tions expected to worsen, the Met Office said it would be likely to extend its warnings into next week. So, looks like we best get building our arks. And back to the studio . . .’

They ground the narrative to the real world, whilst at the same time, making it more other-worldly.

Arthur Braxton is a likeable character and easy to empathise with. Choosing an adolescent male voice with which to narrate was a bold move, but it really pays off and Arthur’s world of FaceBook mishaps and family misery feel very authentic. And as he is sucked more deeply into the world of the baths and its inhabitants, we experience all the associated sensations and emotions with him.

For me though, the voice of Laurel, the female character who begins to narrate the book is equally strong and in many ways it feels like it’s as much her story as it is Arthur’s. In fact, the balance between the two main points of view proves ultimately both effective and heartbreaking.

If you’ve read any of Caroline’s previous books you’ll know to expect beautiful use of language, a unique world view and a moving emotional journey. If you haven’t, come to it fresh and prepare to be blown away!

You can read my reviews of Caroline’s previous books here.

You can buy The Drowning Of Arthur Braxton here.
Posted by HelenMWalters at 10:53 1 comment:

I’ve recently been given the opportunity to try out Agent Hunter a brilliant new site aimed at people looking for a literary agent.

If you’re currently on the lookout for an agent to represent you, this site could be exactly what you’re looking for. Agent Hunter is a comprehensive database of literary agents working in the UK and I’ve been having a little look around to see how useful it is.

I’m really impressed with it so far. It’s very user friendly and has a clear and attractive layout. You can just use the database to browse different agents, but where it scores most highly over book-based resources is in its searchability.

You can search agents by genre represented – essential if you want to avoid submitting your work to completely the wrong person! But you can also refine your search to look at how long an agent has been operating, how many people they represent and whether they are actively taking on new clients or not.

You can even use keywords to search for things such as an agent’s likes and dislikes, and who they represent. All of this is really useful information when trying to find and agent who is exactly the right fit for your work.

When you go into the individual entry for each agent, you’ll find a wealth of really specific information about them, about what they enjoy readig and what they might be looking for. Far more information than I’ve seen in any other agent listing.

I think Agent Hunter is a fabulous resource for anyone who has got to the stage of wanting to do serious research on agents and make an informed decision about who to go with.

You can find the Agent Hunter site here.

Subscription to the site is £12 for a year, which is an absolute bargain! But you can try before you buy for 7 days if you want to find out if it’s really for you.

Agent Hunter comes from The Writers’ Workshop and you can find out more about them here.

Many thanks to The Writers’ Workshop for the opportunity to try out and review this product.

For anyone who hasn't already seen this on my website ...

Come and spend a day with fellow writers being inspired, exercising your writing skills and sharing your work in a supportive atmosphere.

The retreat will be held at Delapre Abbey in Northampton on Saturday 4 May from 10.30am to 4pm. The cost will be £35 including refreshments.

Sessions will include …
Ideas are everywhere – an interactive session focussed on sourcing ideas and making them work.
Free writing session. Take one of your new ideas and start turning it into a story.
Question and answer session. Group discussion of markets, subbing, other directions for your writing, or anything else.
A chance to read out work and get feedback. You can read out what you wrote earlier, or bring something along with you to read out if you prefer.
What next? Goal setting and any final questions.

If you have any queries, or to request a booking form, email me via my profile page, or leave a comment below.
Posted by HelenMWalters at 22:57 No comments: 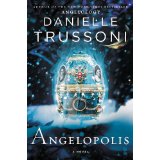 I received an e-Arc of Angelopolis through Edelweiss. I have to admit that I was watching closely for this release because I loved Angelology. I was excited to have a chance to review this book a bit before its release. I did not love it as much as I did Angelology though I have a strong like for it. I think the biggest thing that struck me is that there were 3 points-of-view from which Angelopolis was told. One was Evangeline's, the other was Verlaine and Bruno, and the other began later in the story when one of the other angelologists, Vera, went a different direction. I think the one thing missing for me was spending more time with Evangeline. Her part of the story was not as big as I would have liked, especially since so much of the story was about her and her family and given the suspenseful ending of Angelology.

Another thing that I’m mulling over is the “Angelopolis”.  There was something odd with the prison nomenclature in Siberia and I was not sure if it was meant to be two different terms for two different concepts or if there was a change in terms. Possibly the angels called it one thing and those that new what the place eventually turned into called it something else, Panopticon. Are these the same place or have we not seen Angelopolis yet?

There were some great scenes with some of the more prominent angels and I loved learning more about the different types and hierarchies of angels. We find out more about the relationship between the angelologists, the Nephilim in particular. There is a great depiction about the history of not only the angels, but also of some of the angelologists, particularly Angela Valko and her father, Raphael Valko. Part of what was hard for me to follow is the gap in time and possibly I should have re-read Angelology before embarking on this experience and I can describe it as just that, an experience. I think I understand why there was a gap in the time between the two stories and if it is designed for the reason I believe then it works well and would have been even better if Evangeline was in the story more. We only get to see her changes and growth a small amount and maybe that will be developed more in the next book. But, it would have been great to experience more of her changes in this book.

There are some surprises in this book and some real displays of power by the angels, though I am wondering more about one of the new characters, Yana. I get the feeling like she has some gift that we are not privy to yet. Eno has one of the largest roles in the book. We don't know much about her other than the accountings of various run-ins told by Bruno and what was reported in other angelologists' reports. She appears to be ruthless and very violent and epitomizes the reason the angelologists exist in the first place. There are more angels that we see developed in this story specifically who will likely have bigger roles in the next book, like the Grigori twins. We also get to learn more about Russian history and some Biblical references with a nice tie-in to Faberge who still has a presence in the European and U.K. shopping districts. The ending was quite exciting and it did give a big buildup to the next book which I hope comes without another 2 year wait. I did stop to check Danielle Trussoni's website to see if this is a series or trilogy but did not find any information that gave me a clue. I can say that fans of Angelology will likely enjoy Angelopolis as much as I did.

Review can also be seen at LadyTechie's Book Musings
Posted by HelenMWalters at 15:52 No comments: