Something Only We Know by Kate Long

Something Only We Know

This latest novel from Kate Long explores some important themes. At heart, it is a story of two sisters; a story of a family that has been damaged by the past but is nevertheless holding itself together. But it also explores political themes including environmental issues, consumerism and animal welfare.

We see the story through the eyes of Jen, the younger of the two sisters. Her life has been lived in the shadow of her older sister Helen, who has always been known as 'the beautiful one' casting Jen into the shade. But Helen has also been anorexic and that has also cast a shadow over the whole family.

The novel discusses issues around eating disorders and body image as both Jen and Helen try to make sense of their shared past. It is also a story about secrets. Who is telling the truth about the past and who isn't? Who can be trusted and who can't?

Although the subject matter is quite sensitive, this is not a downbeat book. Jen's job in the local newspaper offers some lighter moments and her colleagues are great, especially her monstrous boss Rosa. Jen tries really hard to be a success at work, but missing diaries, a slightly too thorough fridge clean out, and an over generous offer of publicity to friends all conspire to make her fall foul of Rosa and incur her wrath. The little snatches we are given of the features Jen writes for the paper are also very effective.

There are some really touching moments between the two sisters which lift the narrative out of the ordinary. And Kate Long's love of animals shines through with details of Helen's job caring for dogs, a pet hamster and Jen's mission to expose the ills of fox hunting.

I found this novel authentic and touching. Jen is really put through the mill emotionally. Not only does she have to cope with the demands of her relationship with her fragile sister, but she also has to deal with the fallout caused to her parents by Helen's illness. In addition, she has romantic problems to face up to. Will her boyfriend Owen ever properly commit? What is going on in Helen's relationship with her partner Ned, and what has led to her desire to delve into the past to track down her ex Joe, implicating Jen in the search.

There are all sorts of questions to be answered and mysteries to be solved and that adds to the page-turning quality of the book.

Overall this is a great read which had me gripped. Well-drawn characters, an original plot and very fine writing indeed add up to a top-notch read.

You can find out more here.
Posted by HelenMWalters at 11:44 No comments: 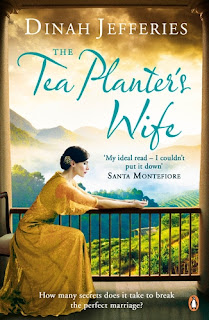 I'm very pleased to have a guest post from Dinah Jefferies on my blog today, sharing some of her top writing tips. Her book, 'The Tea Planter's Wife' is out today.

Writing without Stabilisers
With three books either published, or about to be published by Penguin, these are fourteen of the things I’ve learnt about writing that I wish I'd known earlier. Some are obvious, others less so. They may suit you, or they may not, but they work for me.
Writing without stabilisers and trusting your own instincts is the most vital thing. Waiting for someone else to verify our work can hold us back as writers. I had to learn the importance of trusting my own instincts and making my own decisions. It’s a skill that grows with use, but if you rely on other people too much it can hinder your own progress. Having said that, of course feedback can be useful. I always take on board what my agent and publisher say, and I always have, but I don’t use an army of readers because I find that too many opinions hamper me.
Get to know your audience and work out your USP. Who are you writing for and what do they want? My readers tend to be looking for quality reads that captivate them or sweep them away to a life different from their own. And that’s what I enjoy writing.
What is the real heart of your story? Sometimes it’s only when the first draft is done that I can answer this, but it’s an important question to ask and I always do. Sometimes I spend quite a bit of time working out the answer, but it’s worth it because once you know the heart of your story it gives you a clearer focus with which to write the second draft.
Be prepared to get really busy & work very hard. Everyone knows that. Right? And yet it came as quite a shock when I found myself promoting one book, editing the next and planning the one after that. Some days I feel as if I’m running to catch up.
Draft an outline of some kind even if, like me, you aren’t a precise planner. I learnt this the hard way as I recently had to cut 49,000 words from the manuscript of my fourth book because the outline was too vague and I’d wandered way off track.
Get the first page right. Exciting, attention grabbing, intriguing, or subtle, the first page has quite a job of work to do, but now I write it quickly, and then go back and re-write once the first draft is finished, because then I understand more about how the book works. If you do that it’s easier to decide what your first scene really should be and the most effective way to hook your reader. I think it’s helpful to get across where the scene is happening and to whom, with enough sensory detail to encourage a reader to read on, but not too much.
Don’t begin with back story. Although it’s not unknown to find yourself bogged down by back story in a novel, as a new author I’ve found it’s a good idea to keep it brief and slip it in as I go along. Some writing teachers advise no back story in the first 50 pages, and though I wouldn’t go that far it’s worth bearing in mind. I have to admit I enjoy novels that don’t rely on back story too soon.
Be prepared to be ruthless and keep the plot moving. Make sure something is actually happening. It’s important not to hang on to chapters, characters or sections that don’t add anything to the book. I’ve found streamlining and cutting can be fun once you get over the fear. (Those pesky 49,000 words AGAIN!) In any case I always check if the first chapter or two are even necessary, or whether I was actually just finding my way into the story.
Repetition I had stock phrases I used without thinking. You probably do too. Seek them out and weed them out. This is a never ending task.
Talking of dialogue. It’s frequently recommended and I found it to be true. Reading your manuscript aloud helps make each character sound distinctive, and if it doesn’t you soon see where to make changes. In fact I read the whole book aloud. It’s amazing how many glitches you find. Keep a glass of water at hand and some throat lozenges.
Tension. There’s no story without tension but it can be subtle, elegant, or found semi-hidden in the subtext. It doesn’t have to hit you over the head with a hammer, but you do have to make sure it’s there and, if it’s compelling you to read on, all the better.
Show not tell is the single most obvious piece of advice but what does it really mean? It took me a few stabs at it before I recognised the difference between reporting a scene and showing it happening in front of your eyes. What you’re aiming for is to fully engage your reader with what’s going on at the moment it happens.
Fully rounded Characters. Seems obvious but getting a grip on their weaknesses as well as their strengths helps to make them believable. Decide what the character really wants, explore their inner and outer conflicts, and choose what or who is going to get in their way. Most of all look for ways for your readers to empathise and care about what happens to your characters.
Think about polishing the writing as a last step not a first step. As with the first page I found there was little point polishing the writing too early as much of it was liable to alter. In the early days I wasted time that way, but now I get the story down and then work at it to improve character, dialogue, setting and so on.
So that’s it. There are other things I’ve learnt and more that I’m still learning – it’s an ongoing process, but that’s what makes writing so much fun. 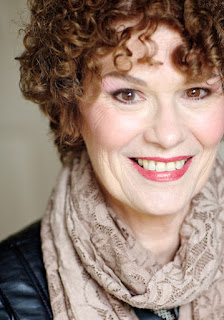 Dinah Jefferies was born in Malaysia and moved to England at the age of nine. She has worked in education, lived in a commune and exhibited work as an artist. Dinah's first novel, The Separation, was published by Viking in 2013; The Tea Planter's Wife is her second novel. It will be out September 3rd. She is a contributor to the Guardian and other newspapers and lives in Gloucestershire with her husband www.dinahjefferies.com @DinahJefferies

Posted by HelenMWalters at 10:56 No comments: