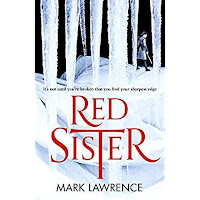 This Review was originally posted at  LadyTechie’s Book Musings.
Posted by HelenMWalters at 13:57